T. Griffin is a songwriter, composer and producer based in Brooklyn New York. He has composed music for over 50 feature films and dozens of live multidisciplinary projects. He was one of six composers selected as a fellow at the Sundance Composer's lab in 2008 and has been nominated twice for CinemaEye Honors for original music score.

Big projects for Focus Features, HBO Max and a series for Quibi will all see the light of day in 2020, and the series LOVE FRAUD, directed by Heidi Ewing and Rachel Grady will have its Prime Time Showtime broadcast starting on August 31st.

Two Projects with T. Griffin scores were presented at the 2020 Sundance Film Festival. Heidi Ewing and Rachel Grady's 4 episode docu-thriller series LOVE FRAUD is the first episodic project to ever be premiered on opening night, and Jesse Moss and Amanda McBaine's BOYS STATE premiered in the Documentary Competition. BOYS STATE won the Grand Jury Prize and was picked up for distribution by A24 and Apple TV+ in the largest deal ever made for a documentary film at Sundance.

A four episode Showtime series in which an unlikely group of women, aided by a chain-smoking bounty hunter named Carla, band together to track down a serial romantic con-artist who had victimized each of them. In the process become their own heroes.

An electoral docu-thriller from Jesse Moss and Amanda McBaine in which a thousand 17 year old boys get together to try to form a government in 7 days.

In which 9 composer/director pairs who are premiering at Sundance get together on stage to talk about the process of collaborating on original score.

Wrinkles the Clown Original Soundtrack available via all streaming services or to buy via Bandcamp. Features contributions from Jaimie Branch, Guy Picciotto and Jim white.

The Family is out now on Netflix

Jill Magid's hypnotic docu-thriller about artistic legacy, THE PROPOSAL will be released by Osciloscope in 2019. A soundtrack release is planned as well!

Kronos Quartet performs T. Griffin's music for Por Vida! with Sam Green as a part of the Kronos Festival in May

T. Griffin composed the opening theme and additional music alongside Robert Glasper's score for Academy Award nominated director Roger Ross-Williams' The Apollo, which opening the 2019 Tribeca Film Festival. It will premiere on HBO in the fall.

Four Films with T. Griffin music are premiering at the 2019 Tribeca Film Festival. Rewind and The Dog Doc are in the Documentary Competition, Boca del Lobo is in the Short Film category, and The Apollo by Roger Ross Williams, for which T. Griffin did the Main Title and additional scoring is the opening night film.

Griffin is currently scoring three new limited series, two for Netflix and one for Showtime. Details are under wraps, but expect them to broadcast in 2019... stay tuned!

Rob Epstein and Jeffrey Friedman's tender look at end-of-life was nominated for an Oscar. Now streaming on Netflix.

Life, Animated has been nominated for a 2017 Best Documentary Oscar!

Jon Olshevsky's QUEST premiered at the 2017 Sundance Film Festival in the Documentary Competition.

Life, Animated: Academy Award winning director Roger Ross Williams premiered Life, Animated in Documentary Competition at Sundance 2016 and was awarded the Best Director prize. Called "Incredibly moving" by The Guardian, the film features animation by MacGuff and a super-saturated electronic score co-composed by T. Griffin and Dylan Stark. The film has gone on to play at True/False, Miami, Full Frame, Tribeca, Los Angeles, San Francisco, Sheffield, Sundance London, Montclair and Nantucket film festivals, opening or closing many of them. Theatrical release via The Orchard, broadcasting on A & E.

Jesse Moss, the director of 2014 Sundance sensation "The Overnighters" premiered his documentary about Burt Reynolds, Hal Needham and the making of "Smokey and the Bandit" at the South By Southwest Film Festival this March. T. Griffin provides the "disco-porno-country" score. Broadcast will be on CMT in 2016.

Kristi Jacobson's film Solitary is a document of her unprecedented access to Red Onion Supermax prison, where all the inmates are in Solitary confinement, many for years, or even decades at a time. T. Griffin's eerie, percussive score was created from recordings of circular saw blades, bowed vibraphone and manipulated recordings of Red Onion itself. Solitary premiered at Tribeca Film Festival and will be broadcast on HBO in 2016.

The Measure of all Things

T. Griffin, Brendan Canty (Fugazi) and Catherine McRae have collaborated on a live score to Academy Award Nominee Sam Green's presentation about the Guinness Book of World Records: The Measure of all Things. It premiered at Hot Docs Film Festival in Toronto, April 27th, 2014 and has since performed all over the world, from Warsaw to Bentonville. On August 26th it was featured at the David Byrne curated MeltDown festival in London.

The score for Michael Beach Nichols and Christopher Walker's WELCOME TO LEITH is out! 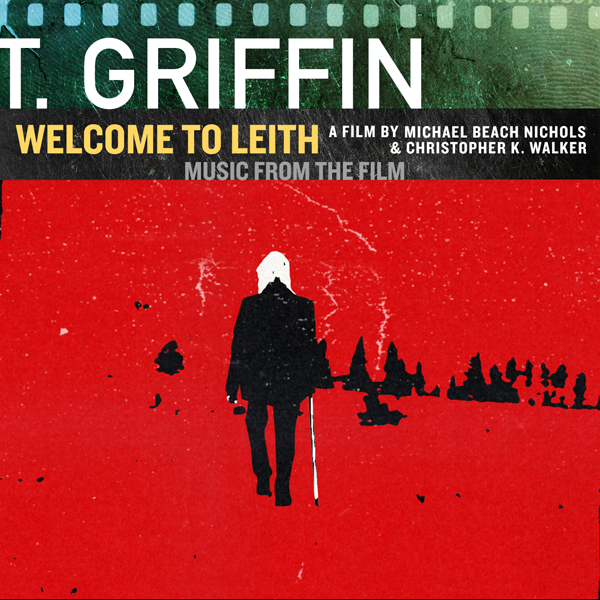 EVOLUTION OF A CRIMINAL Score Release

The score for the Darius Clark Monroe's Spike Lee-produced film EVOLUTION OF A CRIMINAL is out now! Available in our shop, or on iTunes now! 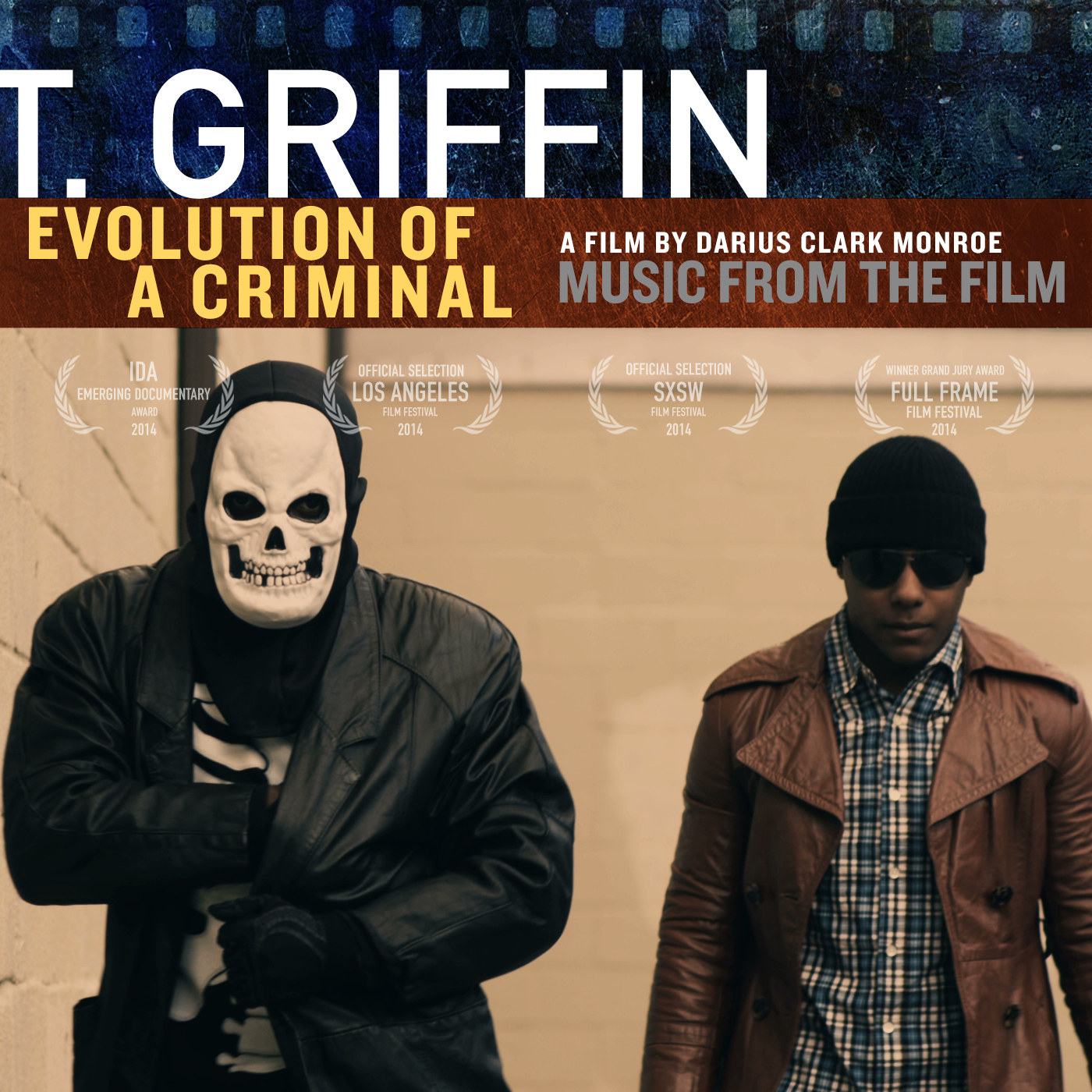 We Have an Anchor in London and Paris

We Have an Anchor plays London's Barbican and Paris' Sonic Protest festival March 31st and April 2nd and 3rd. This live film/music event directed by Jem Cohen features original music performed live by a band made up of T. Griffin, Guy Picciotto (Fugazi), Jim White (Dirty Three), Jessica Moss (Thee Silver Mt. Zion) and Efrim Menuck and Sophie Trudeau (Godspeed You! Black Emperor) with guest vocals by Mira Bilotte (White Magic). Here's what the New York Times had to say when it was presented in New York as a part of the BAM Next Wave Festival in September of 2013.

The score for Jesse Moss' staggering Oscar-shortlisted documentary is out now! Available in our shop, or on iTunes now! 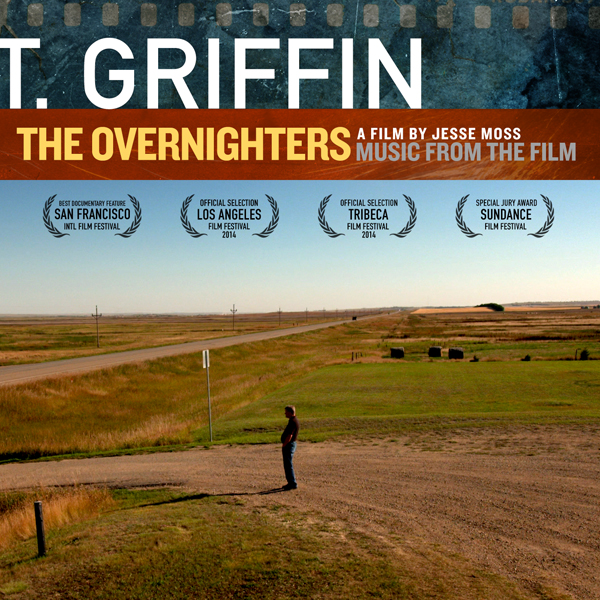 The Overnighters, Evolution of a Criminal, E-TEAM and Vessel are all currently streaming on Netflix.

Three films with T. Griffin scores will premiere at the Full Frame Film Festival in North Carolina this April. TOCANDO LA LUZ (TOUCH THE LIGHT) and HERE COME THE VIDEOFREEX will receive their world premieres and KINGDOM OF SHADOWS will screen.

KINGDOM OF SHADOWS premieres at SXSW 2015

KINGDOM OF SHADOWS, Bernardo Ruiz' intimate look at three lives touched by the drug trade on both sides of the Texas / Mexico border will receive its world premiere at the South By Southwest Film Festival this march.

WELCOME TO LEITH at Sundance 2015

Welcome to Leith premiered at the Sundance Film Festival in the Documentary Competition. Rolling Stone called it "one of the 10 best things we saw at Sundance", and it got a glowing mention in the New York Times' wrap-up as well. The nightmarish score features playing by Brendan Canty (Fugazi), downtown reed phenomenon Matt Bauder and the amazing experimental electronic artist, Tim Hecker. Look for it to terrify audiences near you soon! 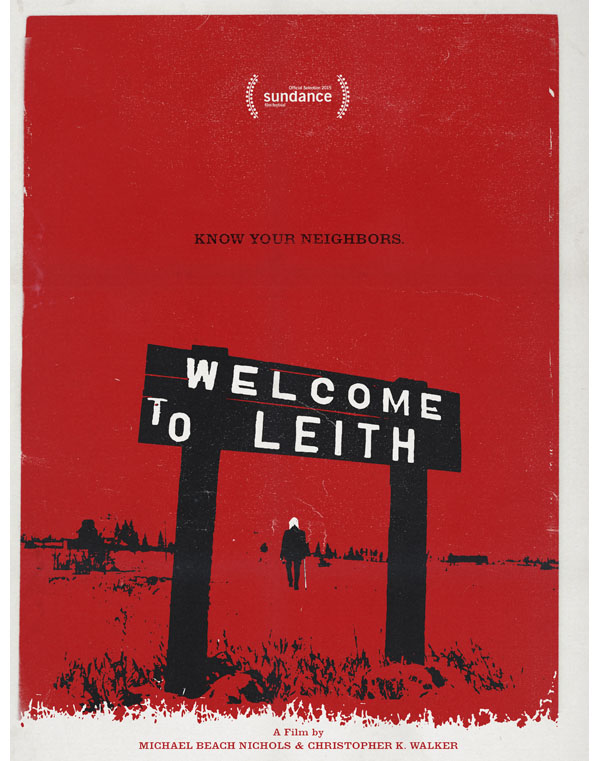 The score for the Sundance Award-Winning film by Katy Chevigny and Ross Kauffman is out! Available in our shop now! 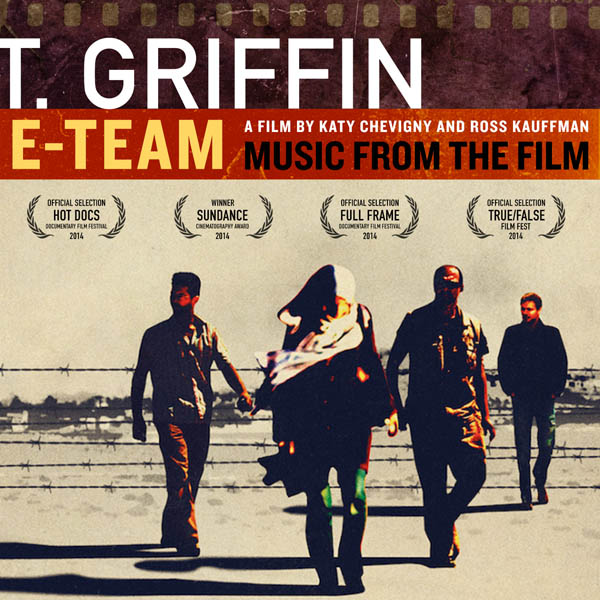 THREE films with T. Griffin scores opened this October, and all three of them played New York's IFC Center. The Overnighters, Evolution of a Criminal and E-TEAM continue their theatrical barnstorming all fall.

Kate Davis and David Heilbroner's expose of an FBI terrorism sting in Newburgh, NY is in rotation on HBO.


Evolution of a Criminal

Darius Clark Monroe's meditation on his incarceration at age 16 for robbing a Texas bank premiered at South By Southwest 2014, and took home the Grand Jury Prize at the Full Frame Film Festival. Executive Produced by Spike Lee, look for this film in theaters later in the year!

T. Griffin composed scores for TWO of the 16 films that premiered in the Documentary competition of the 2014 Sundance Film Festival. E-TEAM and The Overnighters premiered in Park City Utah to rave reviews. The Overnighters took home a special jury prize in the Documentary Competition, and E-Team was awarded the cinematography prize. Here are a few of the reviews, so far:
For The Overnighters
Variety
The Hollywood Reporter
"The score by Brooklyn musician T. Griffin is highly atmospheric, blending sounds that fit the region - guitar, banjo, harmonica - with somber electronics that reflect the darker veins being explored in this boomtown chronicle." - Hollywood Reporter
For E-TEAM
Variety
"David Teague's editing is tight as a drum, while T. Griffin's pulse-pounding music keeps the audience in the action." - Variety
The Hollywood Reporter
"E-Team packs editorial punch in no small part to editor David Teague's powerful, swift calibrations, as well as T. Griffin's percussive score." - Hollywood Reporter

We Have an Anchor was presented in New York as a part of the BAM Next Wave Festival for three nights in September of 2013. This live film/music event directed by Jem Cohen features original music performed live by a band made up of T. Griffin, Guy Picciotto (Fugazi), Jim White (Dirty Three), Jessica Moss (Thee Silver Mt. Zion) and Efrim Menuck and Sophie Trudeau (Godspeed You! Black Emperor) with guest vocals by Mira Bilotte (White Magic). Here's what the New York Times had to say.

A Love Letter to the Fog will be presented in San Francisco at the Exploratorium October 2nd and 3rd. This live documentary directed by Sam Green, academy-award nominated director of The Weather Underground features an original score performed live by T. Griffin and Catherine McRae from The Quavers, Brendan Canty (Fugazi), and Matt Bauder (Sway Machinery)

Informant, by Jamie Meltzer opened theatrically in New York and LA and on iTunes September 13th. It was the top documentary on iTunes for two weeks running. For a complete list of theaters see Music Box Films

The score for The Education of Mohammad Hussein, by Heidi Ewing and Rachel Grady (Jesus Camp, Detropia) is available now in our shop and on iTunes. 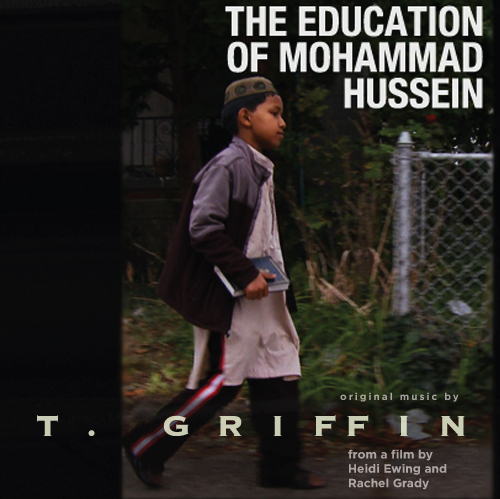 California Solo is available now on DVD and VOD. Find it: www.californiasolo.com.

A Will for the Woods won the audience award at the Full Frame Documentary Festival.


INFORMANT won the Grand Jury prize at the DocNYC festival.
The Quavers, T. Griffin's band project with Dennis Cronin and Catherine McRae, have released a new album FELL ASLEEP ON A TRAIN. Preview and buy it now at thequavers.com. The New Yorker calls it "Brooding and beautiful", Time Out NY calls it "more than worth the wait".

Catherine McRae, T. Griffin and Sam Green joined San Francisco's phenomenon, Pop Up Magazine, to present a short film/music/essay piece on fog to 3000 people at Davies Symphony Hall. An expanded version of the piece will be presented at NYC's River to River festival on June 20th. Brendan Canty (Fugazi) and Matt Bauder will join the band.
The soundtrack album for California Solo, starring Robert Carlyle is available now on iTunes. It features T. Griffin's score, as well as the title song by Swervedriver's Adam Franklin, sung by Franklin, and again by Carlyle himself. California Solo opened in New York on Nov. 30, and LA on Dec 7 via Strand Releasing.
Dragonslayer is screening on Showtime.

The Education of Mohammed Hussein, a film by Heidi Ewing and Rachel Grady featuring a score by T. Griffin has been shortlisted for an oscar nomination. It will be broadcast on HBO later this year.
La Camioneta got the kind of Variety Review that every director dreams of.
Informant, Jamie Meltzer's Doc about FBI informant Brandon Darby premiered at the San Francisco International Film Festival 04/22/2012! The excellent Variety Review singled out the original music as a “notable plus.” Informant will be featured at IDFA and the DocNYC festival.
Sam Green's video installation about Buckminster Fuller at SF MoMA featured original music composed and recorded for the project by T. Griffin. It ran March through July 2012.
After a theatrical run and excellent reviews Liza Johnson's debut feature Return is available on VOD, including iTunes. It stars Linda Cardelini and Michael Shannon. Says Time Out New York: “this is what independent cinema should be.”
T. Griffin received his second Cinema Eye Award nomination for Original Score in as many years for Dragonslayer. in 2011, he was nominated for Utopia in Four Movements.